Finn-fest in the Upper Peninsula Takes Note of Orthodox Presence 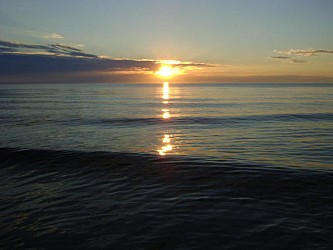 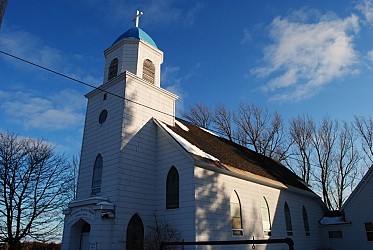 From June 19-23, 2013, the annual Finnfest took place in the Hancock/Houghton area of Michigan. Finnfest is a cultural and academic festival that acknowledges the Finnish heritage of the Copper country area in the Upper Peninsula of Michigan which dates back to its first settlers in 1865 who came to work in the copper mines.  This heritage is still very much alive in the area. In preparation of Finnfest, several committees were organized. In an effort to point out that Orthodox is one of the official state religions of Finland, Hieromonk Innokenty (Reichert) together with Barabara Manninen, a parishioner of SS Sergius & Herman of Valaam parish, in Atlantic Mine, MI participated on the religious heritage committees.

It so happened that His Grace, Bishop Peter was visiting SS Sergius & Herman at the time of the festival.  His Grace attended several events associated with the festival: aconcert of Finnish traditional and classical music, the Tori of the Finnfest and a private reception of the the president of Finlandia University. On Saturday evening SS Sergius & Herman of Valaam parish invited the guests of Finnfest for the Vepsers on the eve of Pentecost. Following the services, there was a short presentation on the Orthodox church and its history and afterwards refreshments were served and there was an opportunity to ask questions.  Several visitors, including the curators of an exhibition of Orthodox log churches in Finnland -  Seppo Latvala and Dave Brule - took this opportunity to attend.

The local Finnfest served as an interesting exchange and also an opportunity to witness to the Orthodox faith in the Copper Country.