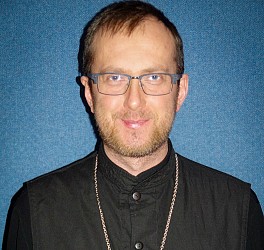 We regret to inform the faithful of the diocese that today in Cleveland, Hieromonk Nikolai (formerly priest Serhii Chebotar) reposed after a long battle with cancer. He was 36 years old when he fell asleep in the Lord. Archbishop Peter asks the prayers of all for the newly-reposed during these 40 days, the 40th day being September 19, 2021.

Fr. Nikolai came to Cleveland for his first lung transplant 7 years ago from Pochaev monastery in Ukraine, where he had been the choir director. Recently he received his second lung transplant. He developed cancer shortly thereafter. After his cancer diagnosis he was tonsured into the small schema with the name Nikolai, in honor of St. Nicholas of Myra. Yesterday Fr. Nikolai was released from Cleveland Clinic into Hospice care and returned home. His friend Archimandrite Dosifey from Kiev Theological Academy arrived yesterday in Cleveland, and his mother had arrived two weeks previous. Today Fr. Nikolai received Unction and partook of Holy Communion. He reposed in the Lord as the akathist to his patron saint was being read. His funeral will be at the St. Sergius Cathedral in Parma, Ohio. He will be buried at Pochaev monastery.

May his memory be eternal! 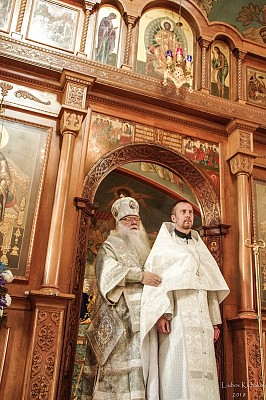 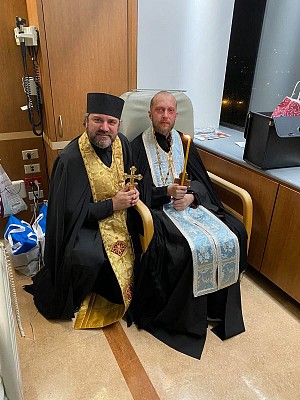 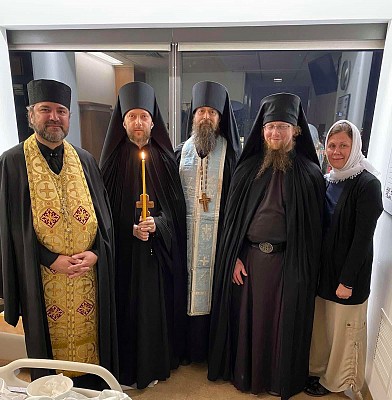