Baptism at Lake in Houghton, MI

Glory to God for all things! On the eve of the Dormition of the Theotokos, fifty faithful and guests of Saints Sergius and Herman of Valaam Monastery in Houghton, Michigan, gathered on the shores of Lake Superior to baptize two young men. Despite the storm and cold, Priest Benjamin Naasko and Heirodeacon Alexei brought Benjamin Imig and Michael Carley into Holy Orthodoxy. Newly enlightened Benjamin took the Patriarch Benjamin as his patron saint with the prayers and assistance of his godfather, Silouan Pratt-Perez of St Luke the Blessed Surgeon parish in Pampano Beach, Florida. Newly enlightened Michael took the Archangel Michael as his patron with the prayers and assistance of his godfather, Reader Michael Rossmeisel of St Sebastian Orthodox Mission in Traverse City, Michigan. The faithful then gathered at the temple where the newly enlightened attended the vigil in their baptismal garments. The following day, there was a very festal meal hosted by the community after the Divine Liturgy for the Dormition where the newly baptized first received Holy Communion, again in baptismal garments. Both young men have shown themselves to be both pious and devoted to the services and are looking forward to serving the Church fully. The community is overwhelmed with joy and gratitude for the blessing of witnessing such a beautiful and holy moment. Many years to the newly illumined servants of God, Benjamin and Michael! 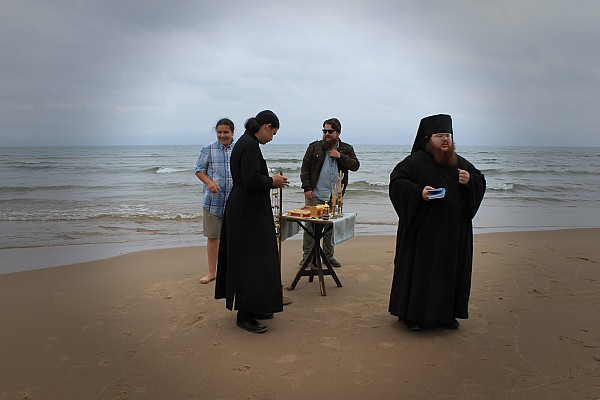 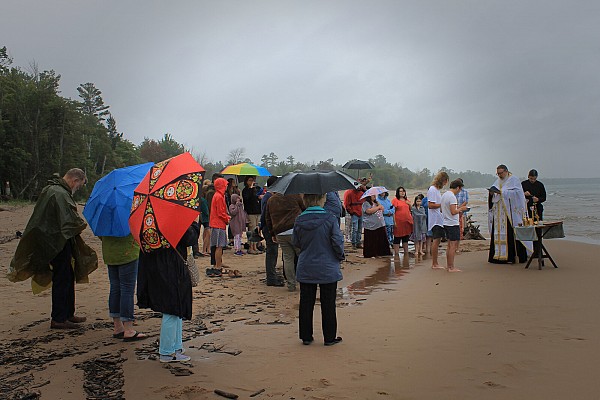 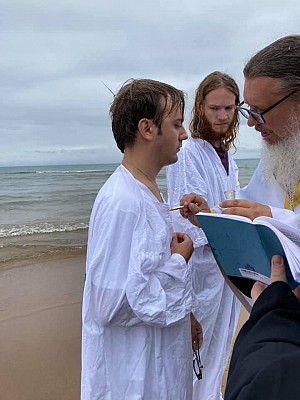 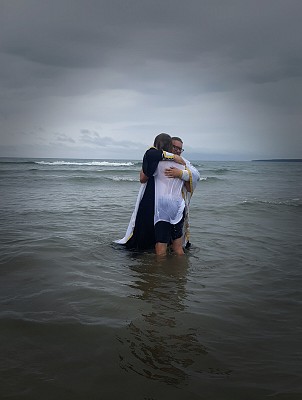