Feast Day in the Copper Country 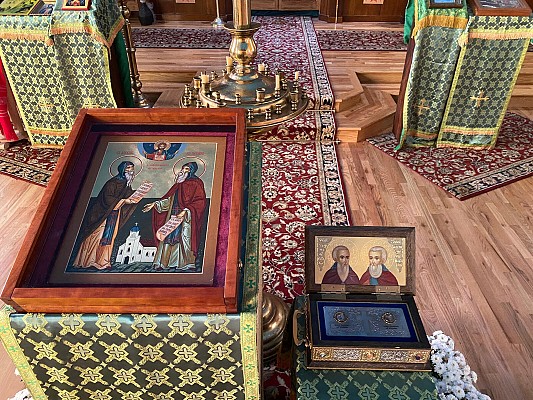 Our monastery near Houghton, Michigan is named in honor of Sts. Sergius & Herman of Valaam - the only altar in our diocese named in honor of these venerable fathers of the Russian/Karelian north. The Copper Country, the name for this region of Upper Michigan, is filled with Finnish and Karelian peoples, and this is one of the reasons that the monastery, in its former iteration as a parish, was named for these particular favorites of God.

The main feast of the monastery is on the day of the translation of the relics of Sts. Sergius & Herman: 11/24 September. The fall colors in this rural part of Upper Michigan are generally in full bloom at this time of year, and so the feast often draws participants from throughout the diocese. This year the following clergymen participated in the All Night Vigil and Divine Liturgy for the feast:

The Divine Services were sung by the monastery choir, fortified with visiting singers from Michigan Deanery parishes. Following each of the Divine Services a meal was offered to those present for the feast. At the Divine Liturgy on the feast day itself virtually all of the faithful present partook of the Holy Mysteries.

This year His Eminence Archbishop Peter was not able to lead the feast due to scheduling conflicts, but Vladyka sent greetings to the faithful. Greetings were also received from Metropolitan Jonah and others from throughout the diocese and from other Local Churches. Although this is a time of seasonal transition in the Upper Peninsula the weather did not disappoint: warm and sunny for the entirety of the feast. Following the Divine Liturgy the faithful lingered into the afternoon and evening, recalling past feast days and discussing the positive steps towards spreading Orthodox Christianity in the Upper Peninsula, and the much work still left to be done. 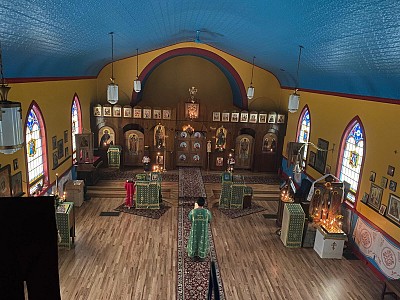 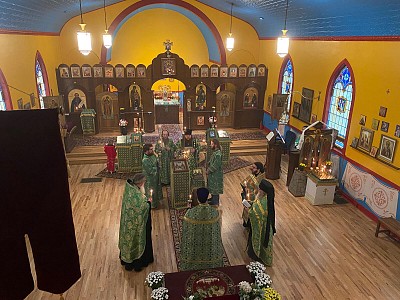 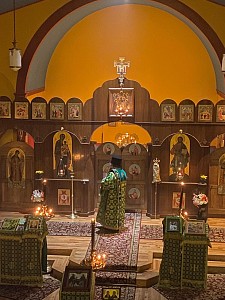 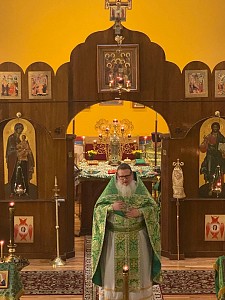 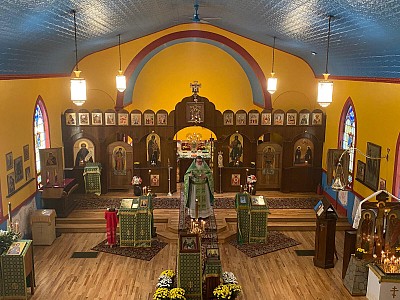 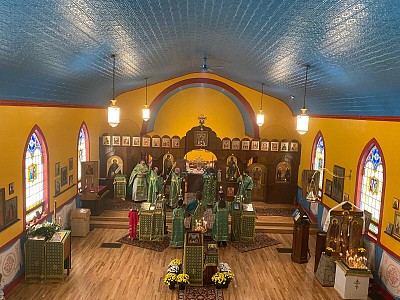 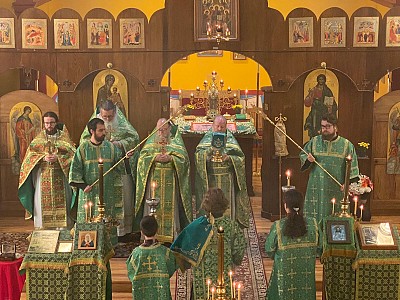