On Sunday, October 3, 2021 the Secretary of the Diocese of Chicago & Mid-America, Archpriest Gregory Joyce, visited the St. Benedict parish in Oklahoma City, Oklahoma with the blessing of His Eminence, Archbishop Peter, who is on an official pilgrimage to Ukraine. On this day, Archimandrite Benedict (Nelson) served his last Divine Liturgy as the Rector of St. Benedict’s, which he had founded more than 30 years ago with the blessing of Archbishop Alypy. At Fr. Benedict’s request he was appointed Rector Emeritus on this day and Priest Matthew Floyd was appointed the new Rector of the parish.

Following the singing of many years for those awarded gramotas and those who had celebrated their name’s days in the last week, the parishioners greeted their Rector Emeritus as he presented them the cross to venerate, and their new Rector as he distributed the antidor according to tradition.

Following the festivities in the church all gathered in the parish hall to continued the celebration of Fr. Benedict’s many fruitful years as Rector, as well as to discuss the future of the parish under the guidance of Fr. Matthew. 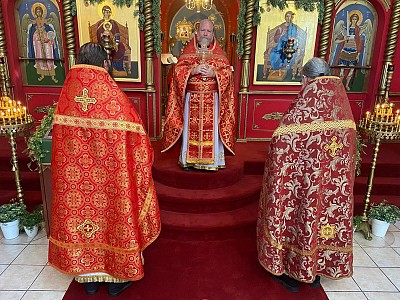 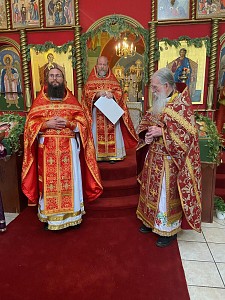 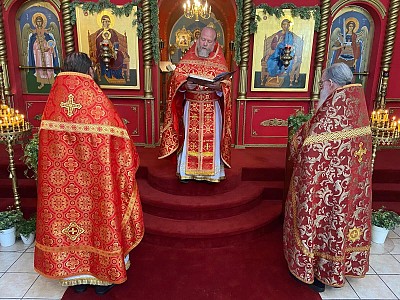