After Vladyka’s presentation, Diocesan Secretary Archpriest Gregory Joyce updated the clergy on several administrative issues in the diocese and answered questions of the gathered clergymen in this regard. In addition to general administrative matters the issue of the 2022 Diocesan Assembly was discussed. The Diocesan Assembly, with both clergy and laity representatives from all parishes of the diocese, takes place every three years. However, due to the pandemic and the ever-changing policies regarding meeting indoors, it was decided to postpone the Assembly in 2021 and hold it in 2022. More information regarding the Assembly will soon be sent to all Rectors. It is expected that the Assembly will take place this coming autumn.

The Editing Committee, having been chosen earlier by the gathered clergymen, then sought feedback from the priests and deacons about the content of the Resolution of the Pastoral Retreat.

After the Editing Committee work, Priest Antony Alekseyenko, Master’s Candidate at Sretensky Spiritual Academy in Moscow, gave a presentation on his thesis topic: Pastoraship in the Russian Orthodox Church Outside Russia. Following Fr. Antony’s presentation he solicited recommendations from the fathers attending the retreat. After a robust conversation among those attending in person and attending virtually, Fr. Antony thanked the clergy for their feedback, and Archbishop Peter thanked Fr. Antony for his presentation.

Following a lenten lunch Archpriest Joseph Honeycutt of the St. Joseph Antiochian Church in Houston, Texas, made a presentation entitled “The Great Reset and the Resurrection”, comprised of his reflections on the pandemic, the advice of the Holy Fathers, and input from the gathered clergymen. Fr. Joseph addressed the last Great Lenten Pastoral Retreat held before the pandemic in 2019, and he received a warm welcome from the fathers again this year.

At this point in the day questions were sought from the participants of the retreat regarding the reports from the leaders of the various diocesan offices, committees, and organized efforts:

Following these reports a general discussion was held regarding the Hierarchal Presanctified Divine Liturgy, including some planning for the Liturgy on the morrow. Following a lenten dinner Vespers, Matins, and First Hour were served in the St. Jonah parish church. 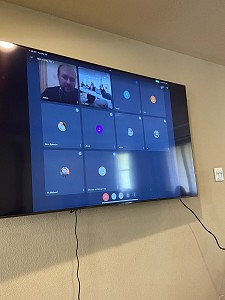 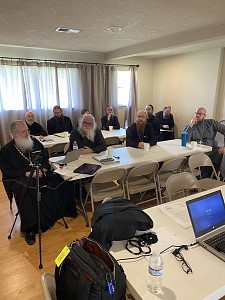 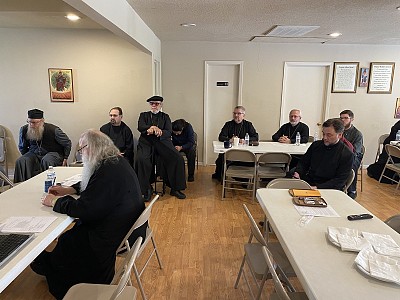