On Tuesday, July 28 th /15 th 2020 His Eminence PETER, Archbishop of Chicago and Mid America presided over the divine liturgy at St. Vladimir's Orthodox Church in Rock City, Illinois, in commemoration of the parishes patronal feast day. Father Vasiliy Zelenyuk of Holy Trinity Orthodox Church (Milwaukee, Wisconsin), with Father Valery Vovkovski and Father Deacon Nikolai Lochmatow of Holy Virgin Protection Cathedral (Des Plaines, Illinois) concelebrated the liturgy with His Eminence. His Eminence gave a sermon on the importance of St.Vladimir's conversion and baptism of Rus as both a salvific moment and a moment that defined the destiny of Russian culture and identity. His Eminence explained that this great holiday, being the patronal feast of the parish, is a second Pascha and a procession around the church followed immediately after the liturgy. St. Vladimir's Church is located in the small village of Lost Lake-Vladimirovo, which was established by Archbishop Seraphim in 1961. Traditionally St.Vladimir's day has been accompanied by celebrations organized by the parish community in collaboration with the summer camp and scouting organization O.R.P.R. Due to the current state of the COVID-19 virus, the celebrations took a much more humble, though no less festive, form this year. The liturgy was attended by local parishioners, visitors from Holy Virgin Protection Cathedral, and members of O.R.P.R. After liturgy, a festal trapeza (agape meal) was held at the Church Hall of St. Vladimir's Church. All were invited to the meal and many visitors were also able to admire the new Russian School built by the local community, which is adjoined to the Church Hall. 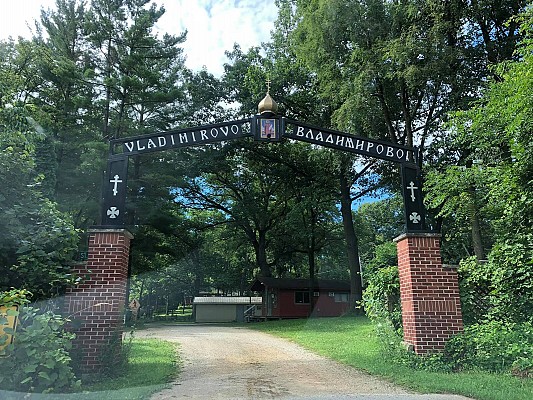 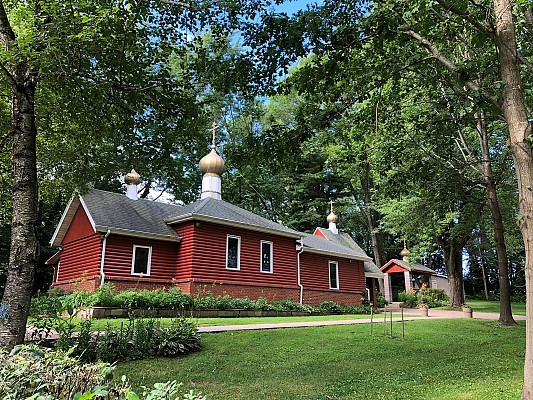 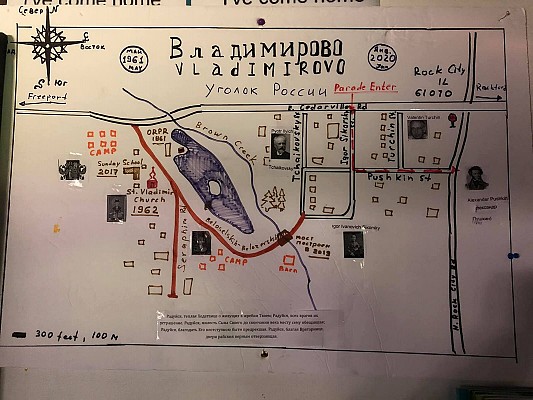 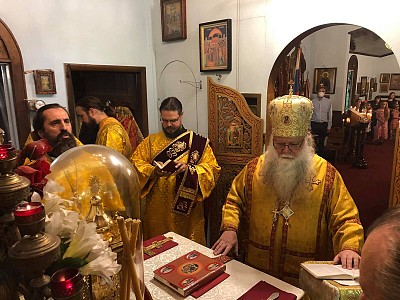 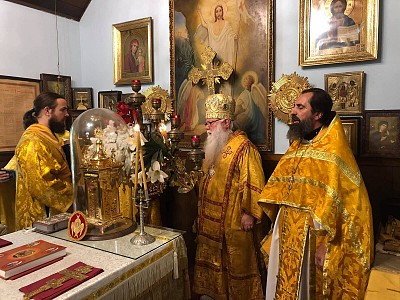 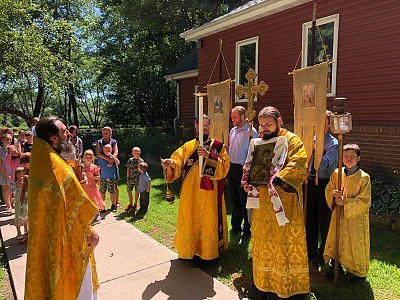 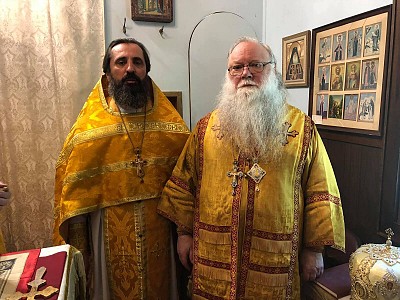 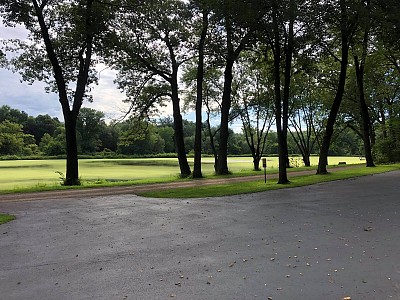 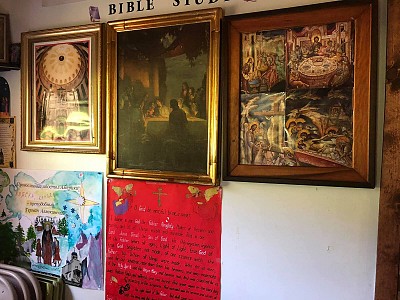 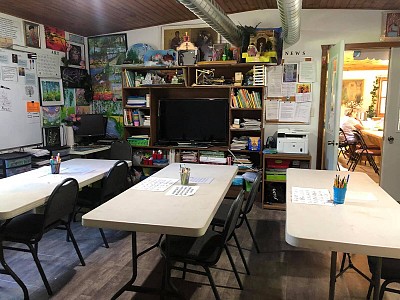 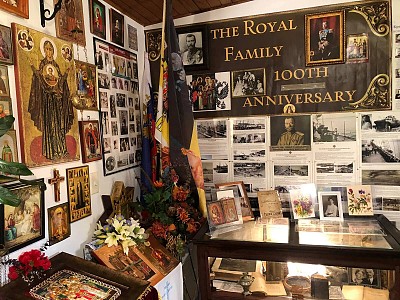 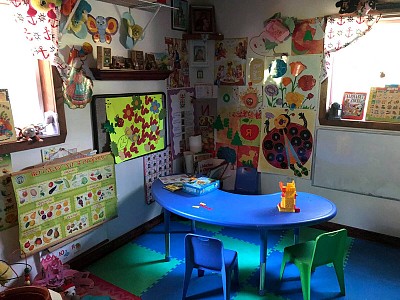 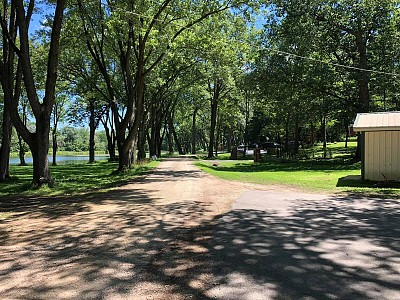 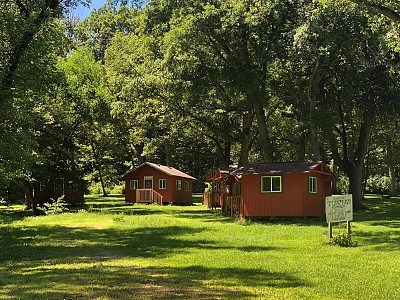 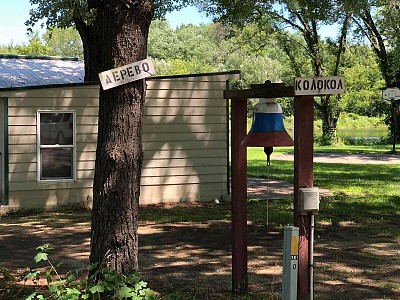